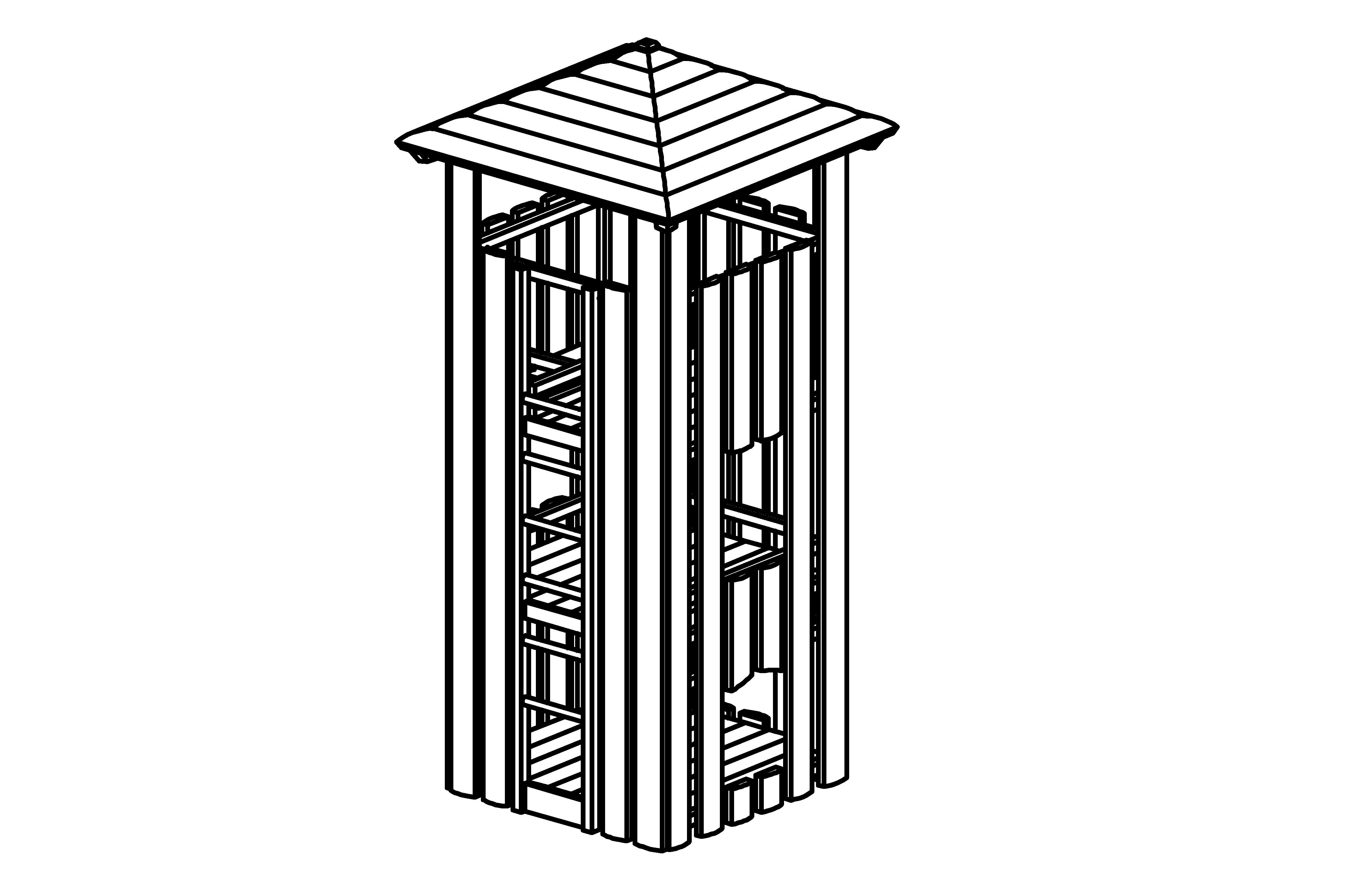 Our Transparent Towers are a veryspecial play experience. Intermediatefloors create small rooms that invite thechildren to hide away and engage indifferent kinds of role-playing games.The playroom in the bottom part of thetower offers a small bench and additionalincentives for playing. A ladder installedon the outside can be used to climb up tothe upper playing surface. The tower hasa roof, and there is a passageway thatconnects the lower level with the upperone. Thanks to the gaps between thecladdings, the towers are "transparent",making them appear cosy and at thesame time light and open.