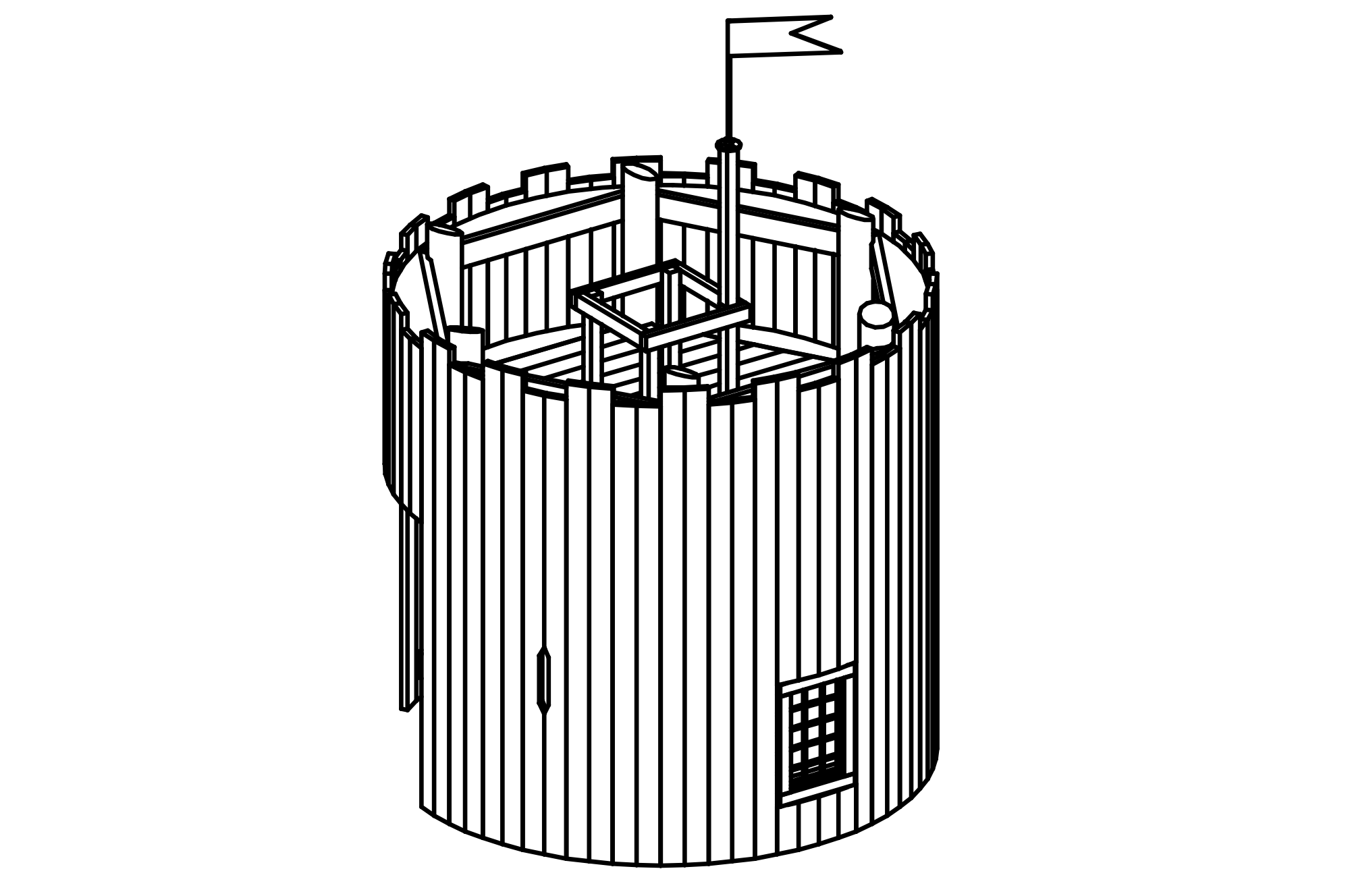 The Castle Tower looks just like an oldfortified tower and is a meeting pointfor older children and young people. It iscrowned with a battlement and can becombined with other equipment. It canbe combined particularly well with slidesbut other combinations are also possible.A ladder leads up to a two-metre-highfloor, topped with a castle flag. A round bench in the lower area is an invitingplace to sit for a while. With its striking appearance, the Castle Tower has a signaleffect and lends a special atmosphere to every playground.