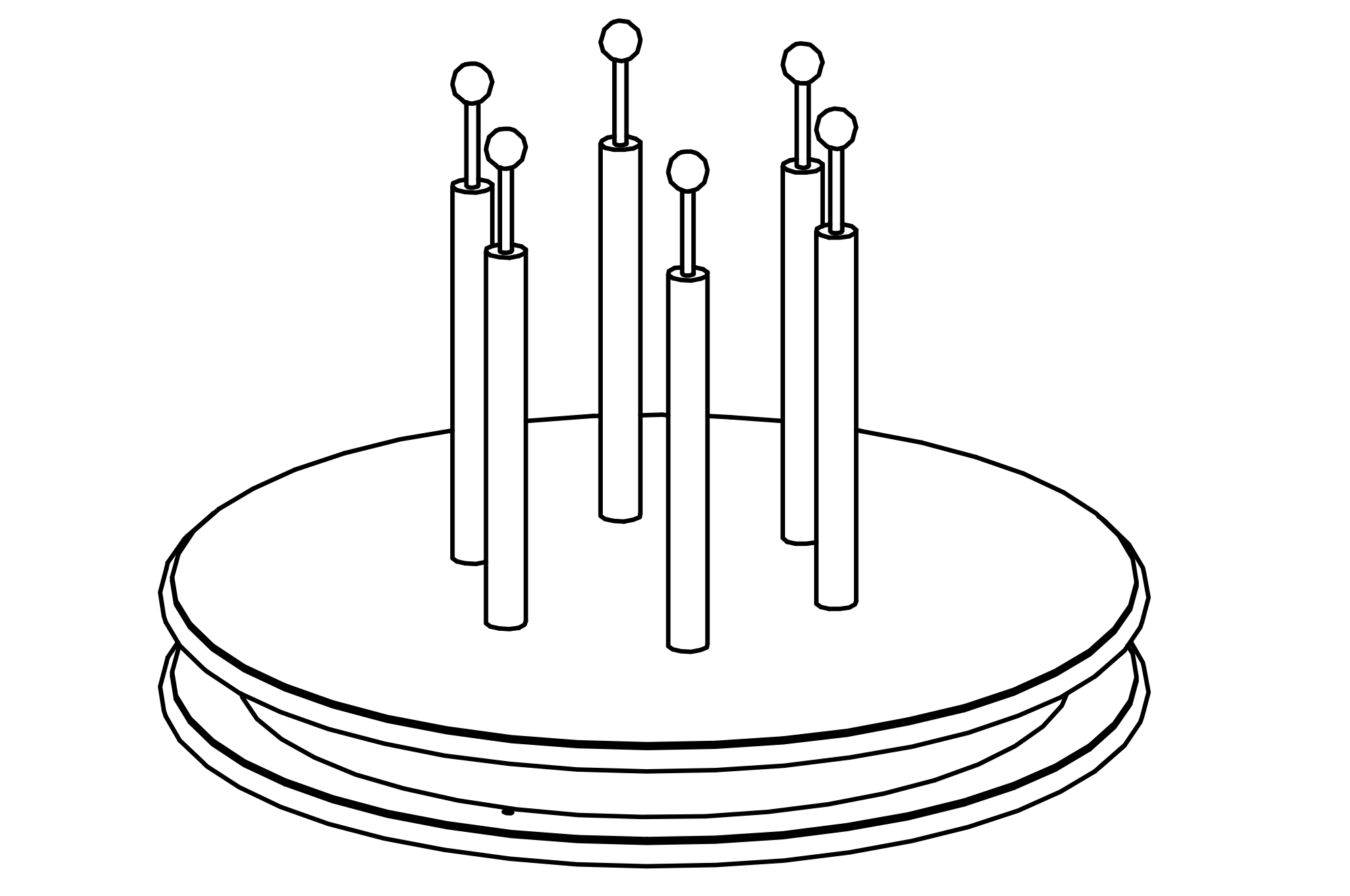 Our Piper lets you experience another exciting acoustic phenomenon. Two sound tubes together make up a set. One serves as a pump while the other determines the pitch of the tone. The movable metal rod is used to draw air upwards into the sound element and to push it downwards. The second sound element then simultaneously generates a piping sound. Different chord progressions can be generated depending on the speed of the pump and how the tone pitch is controlled.