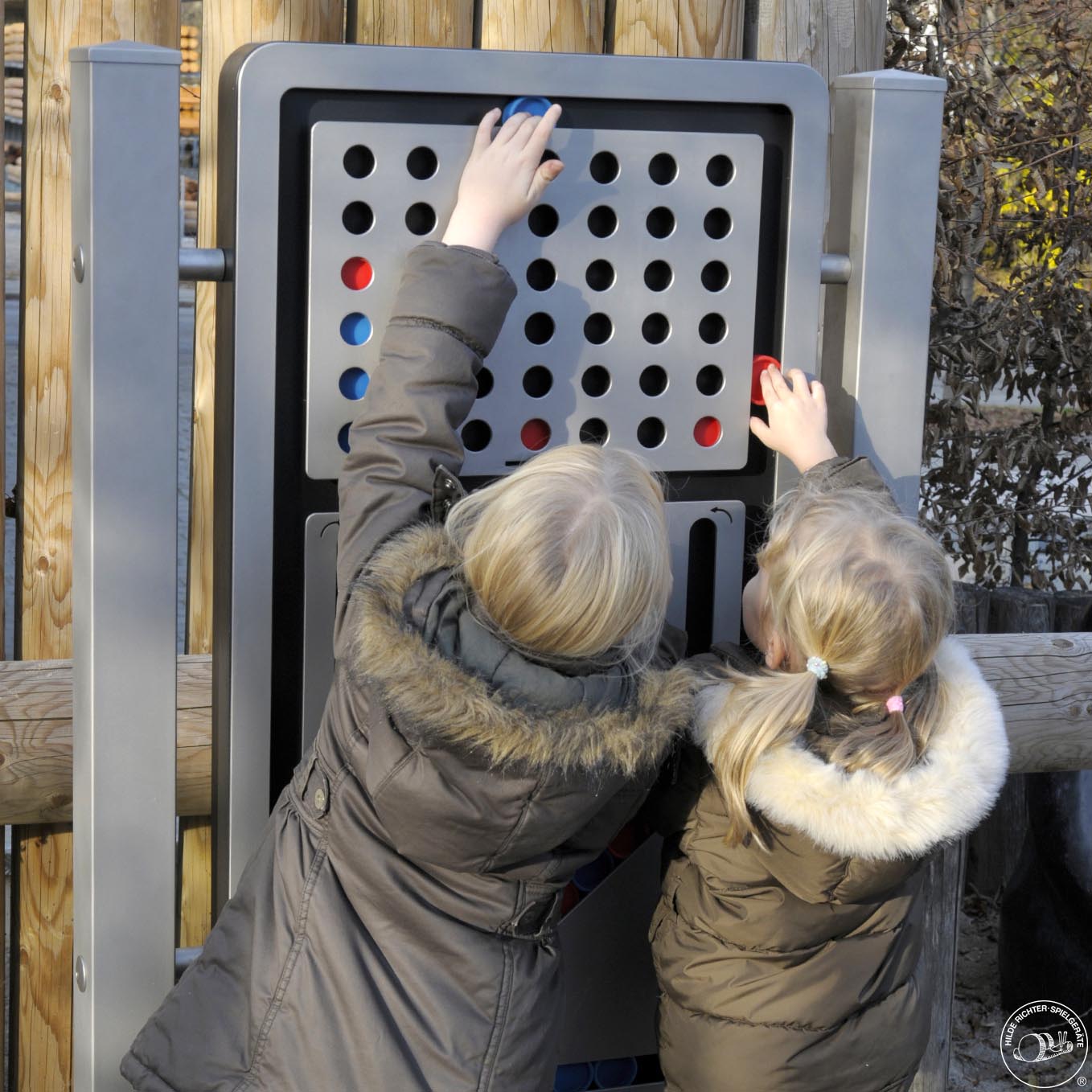 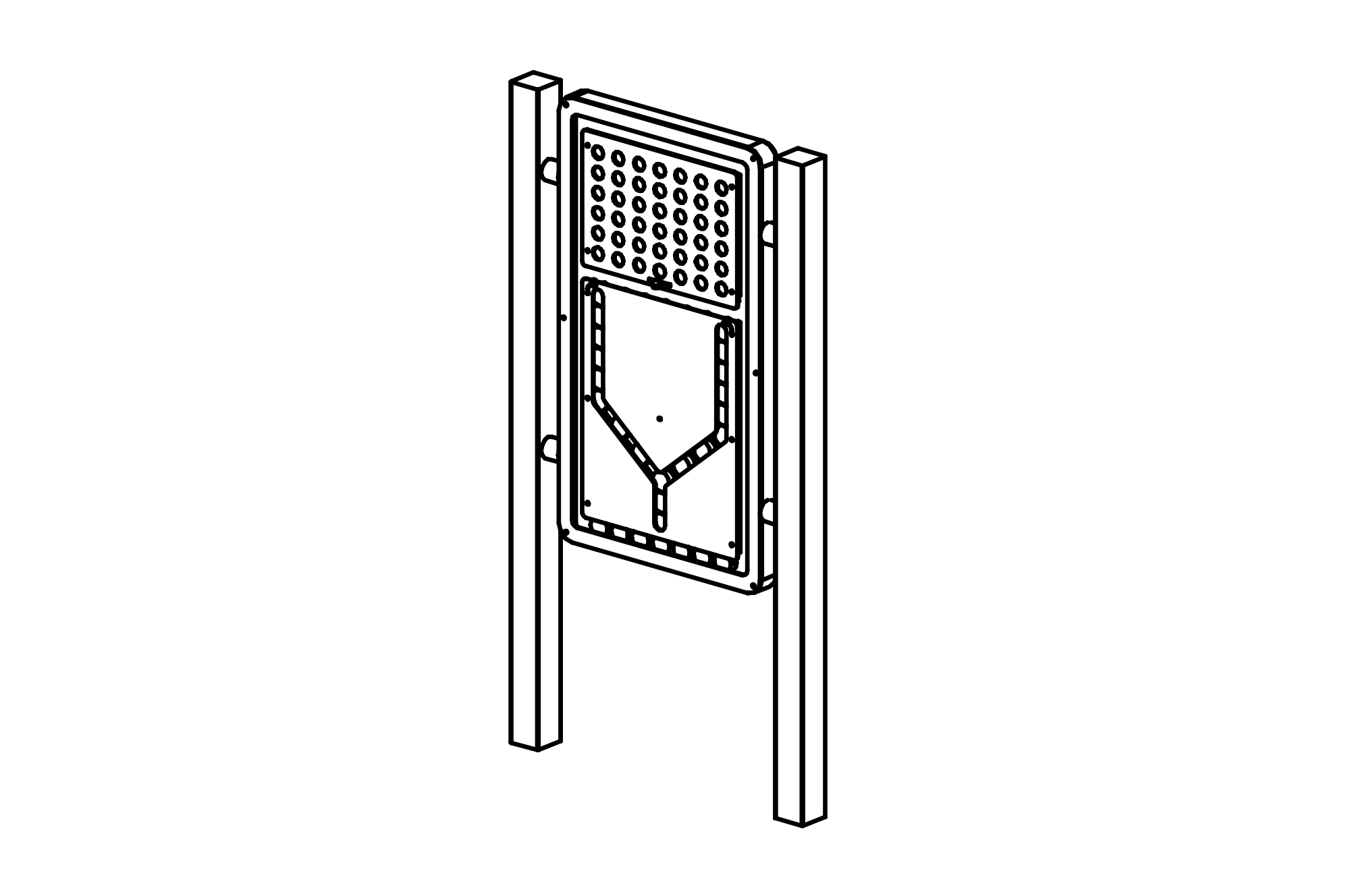 Four in a row

Four in a row promotes logical thinking and strategic acting. It is played on a vertical, hollow playing field where the players can take turns to move their playing tokens but cannot remove them. The playing field consists of seven vertical columns and six horizontal rows. Each player has 21 playing tokens of the same colour. The player drops a playing token into a column, where it occupies the lowest available free space in the column. The player who first manages to line up at least four of their tokens horizontally, vertically or diagonally is the winner. If the playing field is completely filled in without either of the players managing to create a row of four, the game is called a draw.