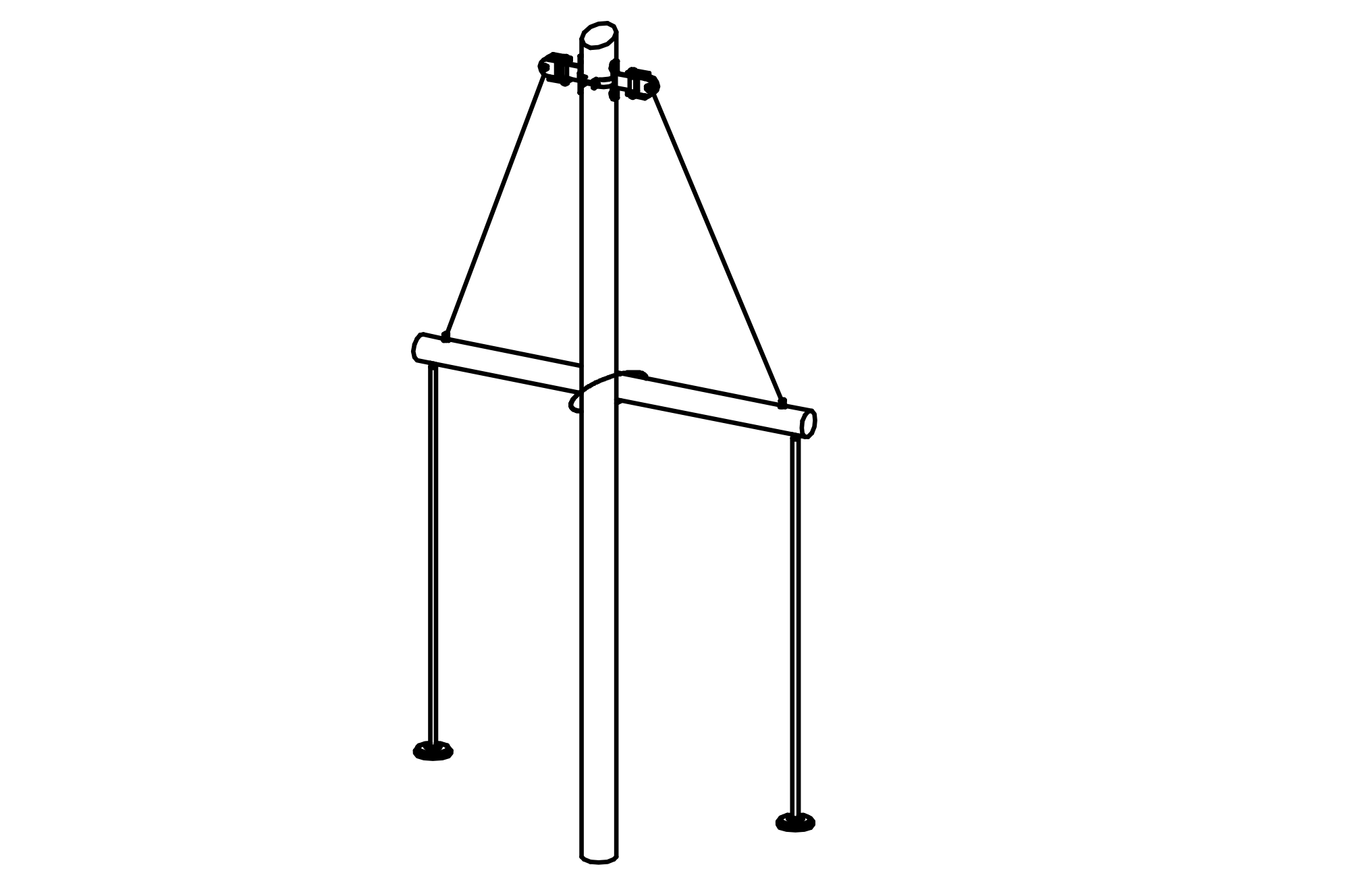 A three metre long cross-beam hangs with two ropes from a mast of nearly six metres. As the participants run around and pull on the pendulum seats, the ropes wind and turn the cross-beam upwards. When they sit on the seat again, the return force causes participants to fly around the mast in carousel fashion. The return force is dependent on the winding force. The appeal of co-operative play is increased by the fact that participants with different physical abilities can play together and increase their pleasure by co-ordinating their play. It can be used on playgrounds for older children and anywhere that younger ones let off steam.