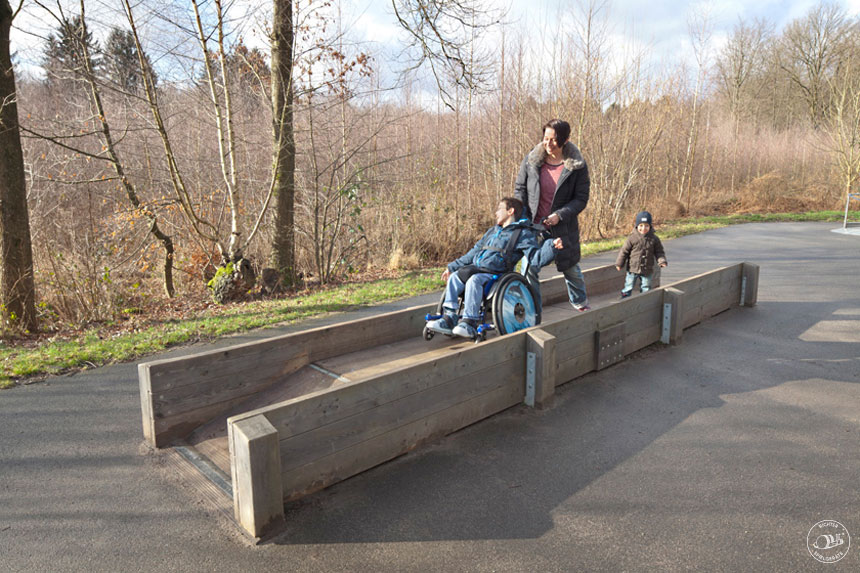 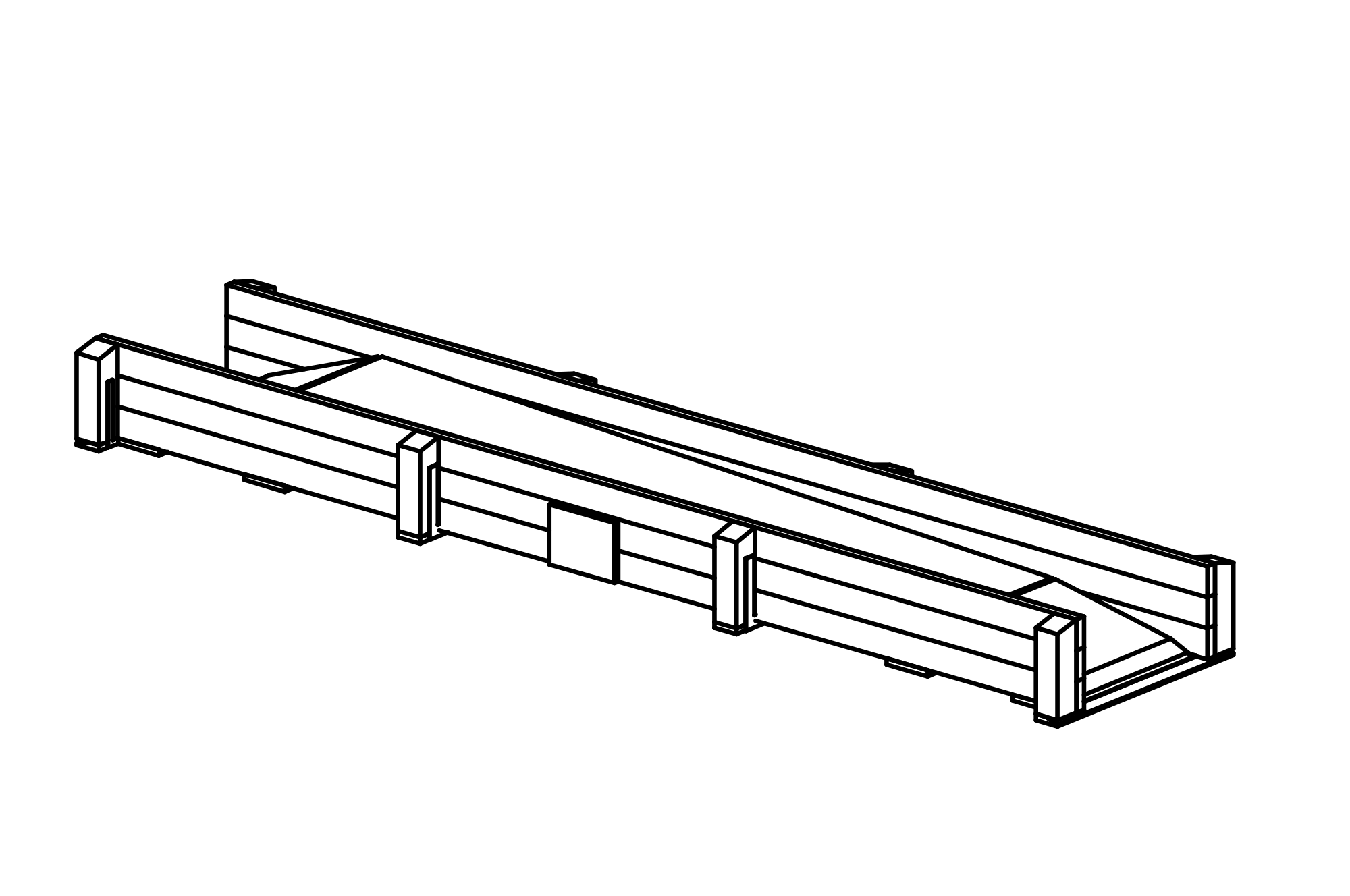 A three-part see-saw plate is mounted on joints in a protective frame. The see-saw motion is generated by rolling to and fro or through corresponding body movement while walking. Mutual action, the stimulation of playing together and having to cooperate are the valuable elements of this equipment. Here, wheelchair users and the able-bodied, big people and little ones, heavy and light as well as old and young can all play together. Playing on it gives the impression of physically moving a part of the path or ground.