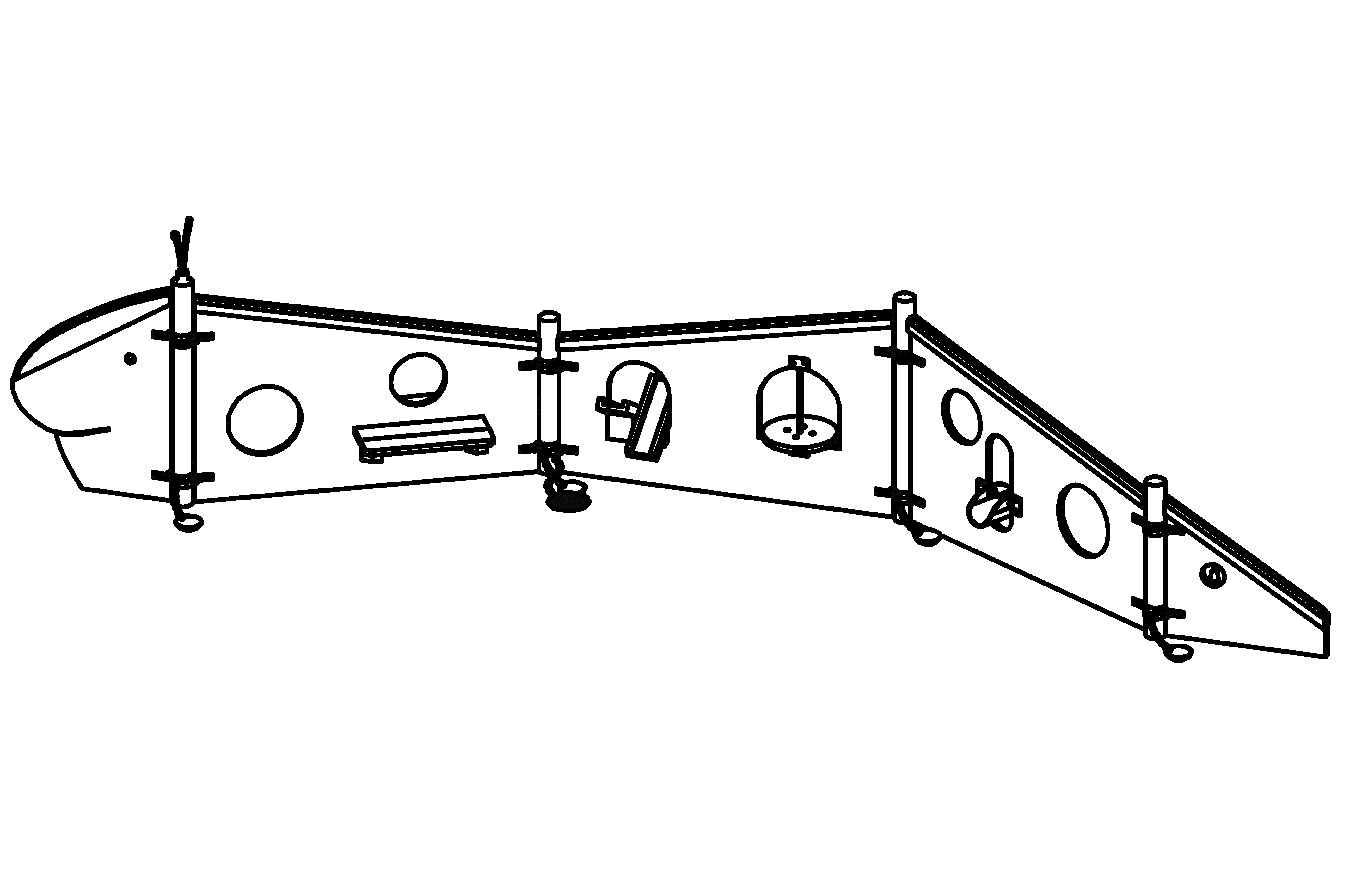 The caterpillar is a friendly play offer for small children. The harmonious appearance of the figure and the way in which it is possible to play from both sides offer a lively and pleasant basis for smaller playing spaces. The space partitions promote communicative play, but also make it possible to create borders and divisions of the play areas. Alongside there are many different sand play offers such as sand shovel, sand dump, sieve, turntable, baking table and sand channels.