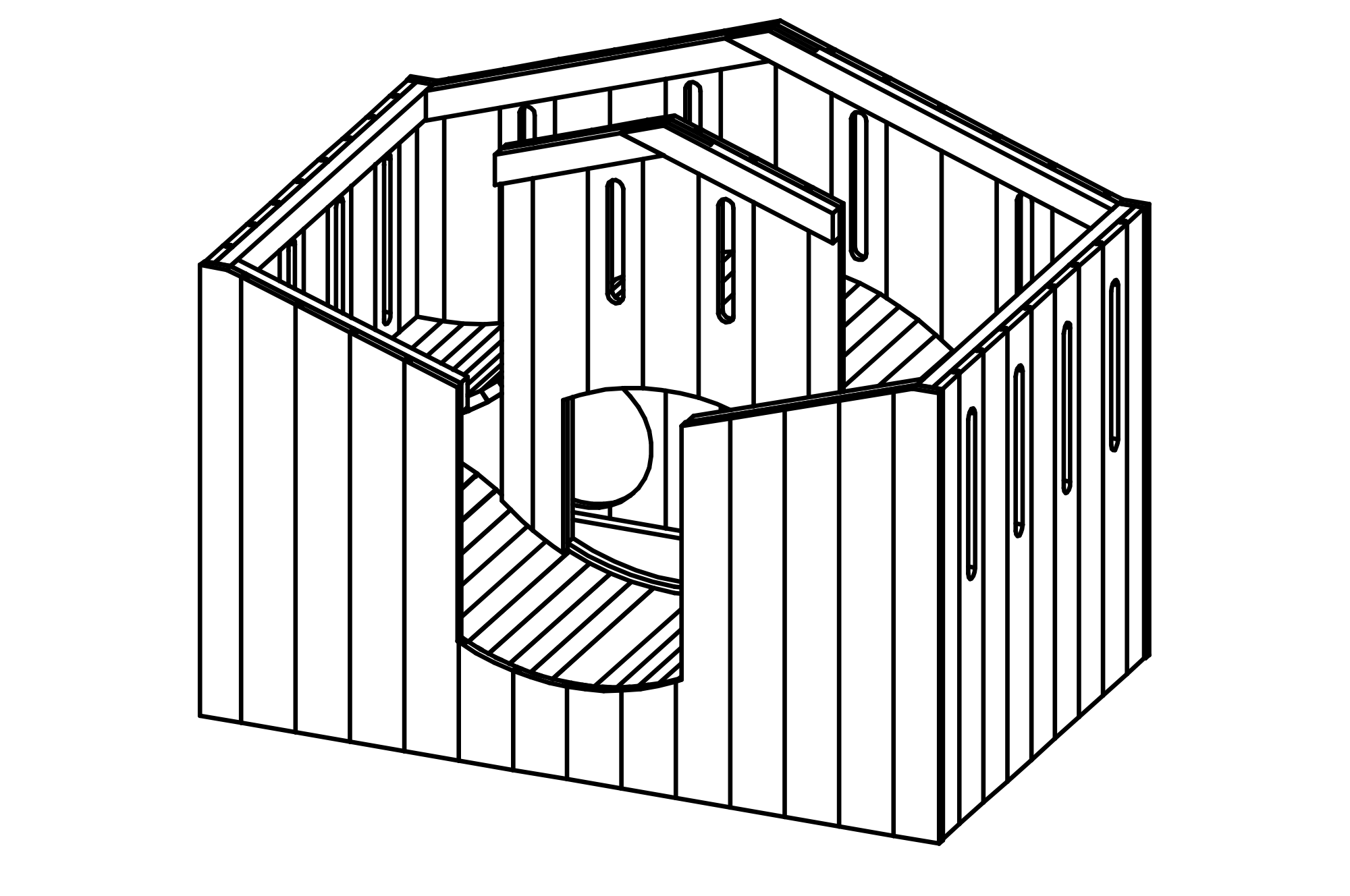 The fortified appearance of this Dwarf Castle can't help but arouse the interest of little ones. Different openings only partially reveal the secrets it holds inside. It is only through the capture and ransacking of the different levels and openings at the back that further possibilities begin to unfold. Whether as a commando bridge, to play hide and seek or a place for a short time-out for the childhood spirit. Creative children's games are always emotionally charged situations.The curved floor offers an enticing, different way of conquering heights; both as a walking level and as an area for lying down on, and increases the experience for the children in a very special way.