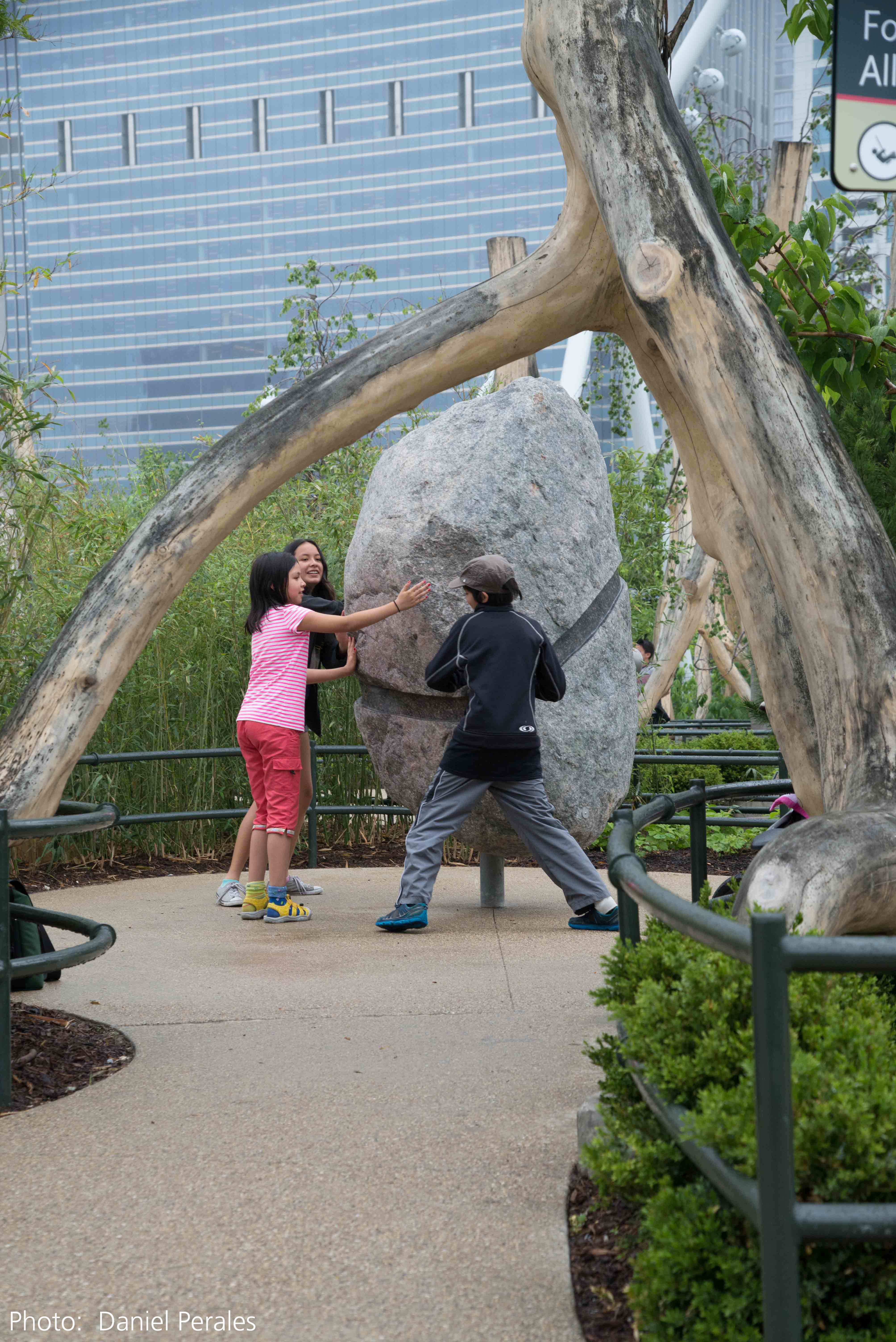 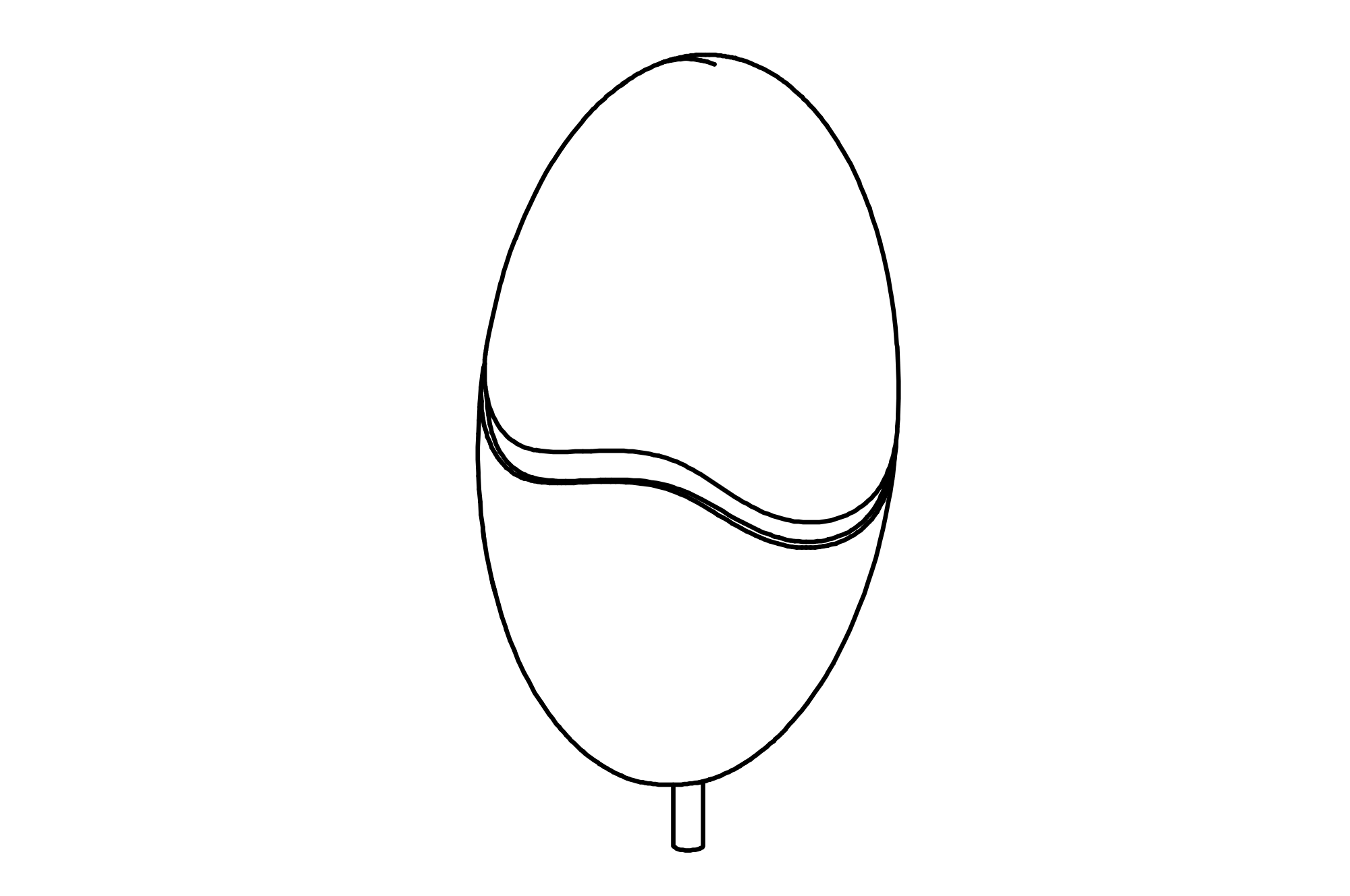 Our sense of space and time is characterised by our own body mass and its speed of movement. Setting into motion the significantly larger mass of the Turning Stone requires either much more time or strength than is required to move ourselves.Two possibilities exist of bringing the large mass of the Turning Stone into motion: first, it can be achieved by means of extreme effort over a short period of time. The second possibility however is amazing: merely by exercising a slight force it is possible to set the massive stone block into a rotating movement which becomes faster and faster, provided that the stone continues to be pushed long enough. This can even be achieved merely by using your little finger.