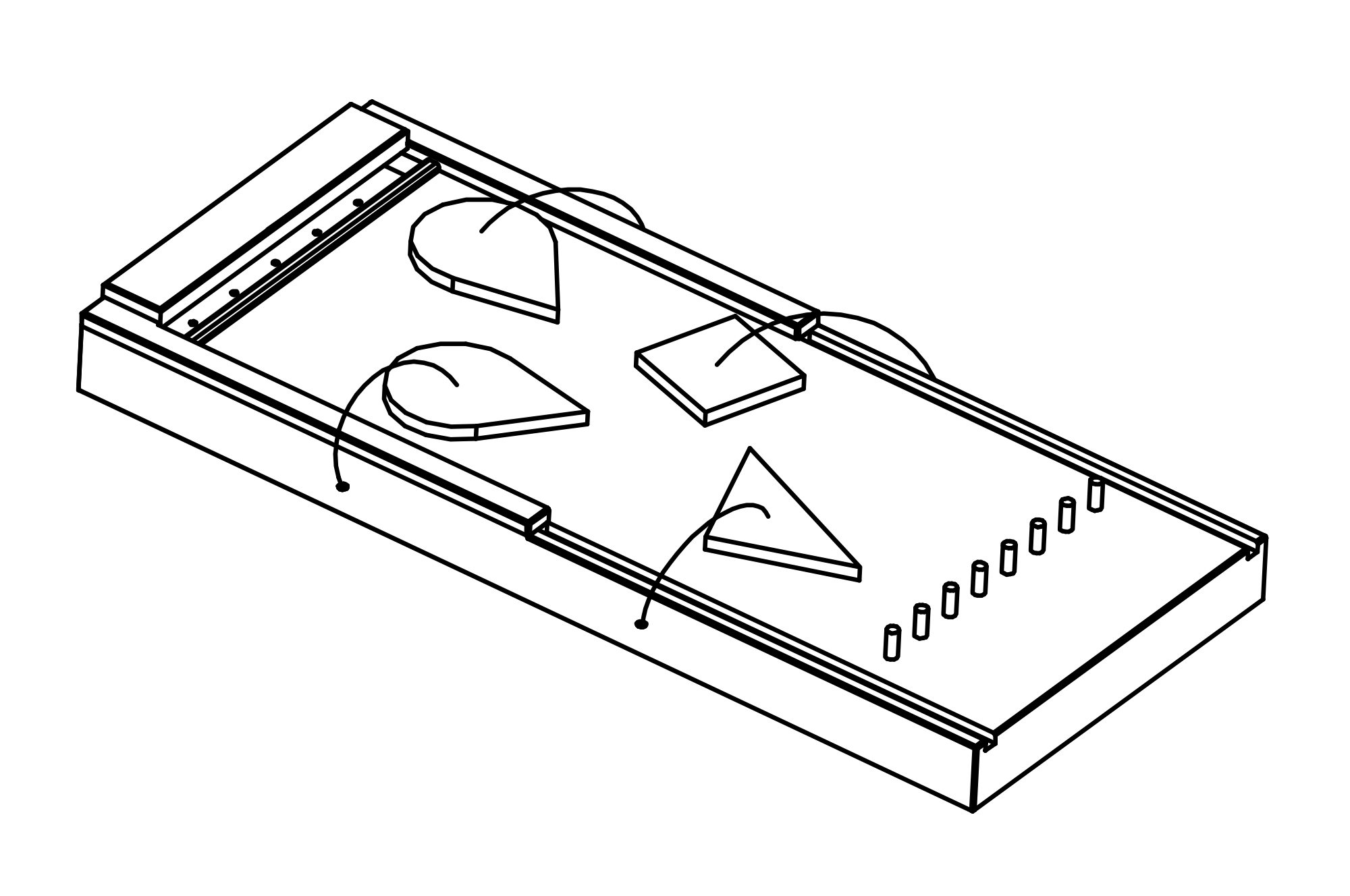 In every watercourse the observer is confronted with a great variety of wave shapes, flow patterns and edies which are often accompanied by typical water sounds. When the basic shapes meet they form a variety of wave patterns. The Leonardo Table is a polished, slightly inclined stone platter which has a thin film of water flowing over it. A number of variously shaped obstacles can be placed in this flow. In the wake of the obstacles turbulent, swirling currents appear. It is possible to observe the edies; the fine structures can be made visible if a little dust is thrown on the water. The obstacles on the Leonardo Table can be pushed against the flow. By changing the flow rate also the frequency with which the eddy loosens itself from the obstacles changes. The edies caused by the turbulence then become even smaller.