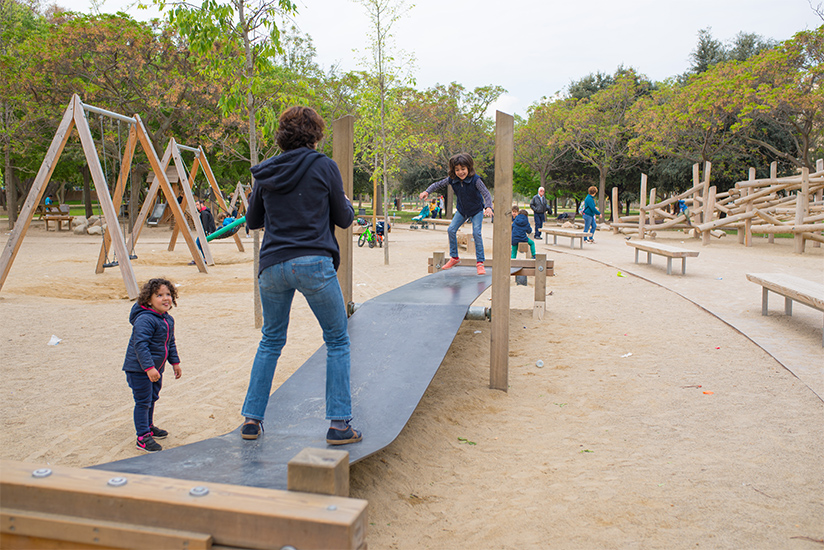 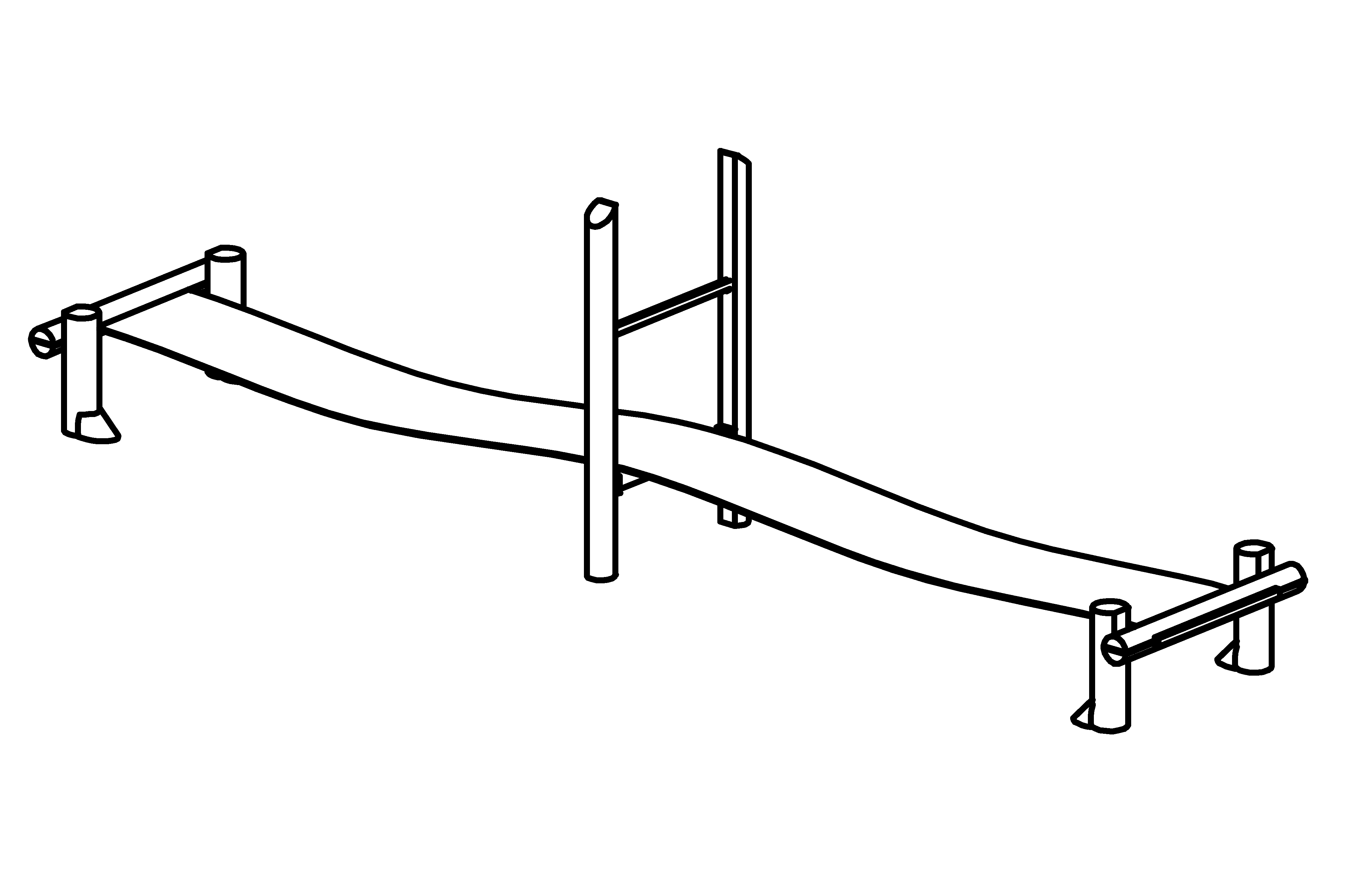 The Belt Path is an ideal play item for energetic, harmless fun. The rubber belt stretched between the support posts creates a rebound effect. Particularly interesting games can be played on it when it is stretched out over several sections up to 14 metres in length. The Belt Path is suited as equipment alongside paths, especially areas predominantly used by adolescents. They also enjoy the Belt Path as a meeting point.